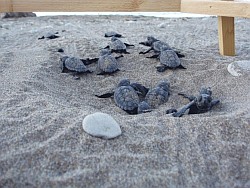 and all islands in the prefecture of Zakynthos. Additionally, the operator of the Protected Area that operates in harmony with nature conservation and landscape in the region.

The National Marine Park of Zakynthos (NMPZ) was established by presidential decree in December 1999 (Gazette 906D, 22 December 1999). The limits are the most important nesting beaches for the sea turtle Caretta caretta. The NMPZ was the first institutionalized Protected Area in Greece was governed by the Management Agency and is a model for other regions in Greece in need of protection. 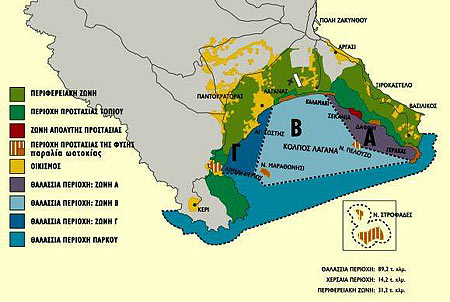